Do you want my unique spin on breakfast and a traditional southern staple that I have taken from zero to hero?
American’s do not get enough leafy greens in their diet.  The perception is that it takes too long to prepare healthy food and that it’s too expensive.  Back in the day, when I used to cook a traditional southern meal, I would spend HOURS in the kitchen!  Now, I can cook a healthy meal and from start to finish we’re sitting at the table before you can say “Y’all pass the grits!”.  This meal that I’m sharing with you takes 10 minutes, so no excuses for stopping by your favorite greasy spoon to get a tenderloin, egg and cheese biscuit that’s going to make you want to just go back to bed!!  Try implementing fresh veggies and fruit into your breakfast and see how much better you feel, not only physically, but mentally and emotionally too!

Once tender, add handfuls of collards into bite-size pieces into your skillet and a 1/2 cup or so of water to create steam.

Steam for about 5 minutes, until tender and serve! 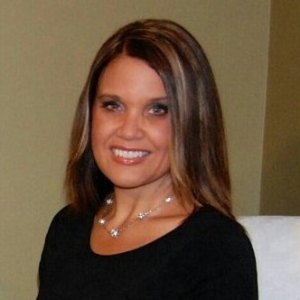 Living in the bible belt, I have heard many Preachers stand in the pulpit and proclaim, “WE AREN’T WORTHY!“, and I want to stand up and shout to the top of my lungs, “YES WE ARE!!”. I honestly think these are well-meaning people, but I think they have it all wrong. If man says “we are not worthy” and your creator says “you ARE worth everything”, then who is right? Man or your creator? My vote goes to my creator!! Saying that we’re not worthy is a really good way to keep congregations in a state of feeling guilty and shameful, plus, it’s a great tool for controlling their followers…especially women.

When I was 17, I “dated” an 18-year-old young man, we’ll call him Jason. Jason had zero respect for me and was completely detached emotionally. During this brief time that I dated him, he raped me twice. Both times I said “no”, but was easily intimidated and I didn’t have the “fight or flight” instinct in me, I just FROZE. He ignored my “no” and proceeded with his agenda. I walked away both times feeling that I was worse than trash and that I somehow deserved it because I didn’t fight back. I couldn’t tell anyone because WHAT IF they confirmed my worse fear….that it was my fault. I guess after the second rape, Jason was done with me and moved on to his next naïve, precious girl. Later that school year, I went to the beach over spring break with some friends and ran into Jason at the mall. We stopped and spoke for a minute and when we walked away, I told my friends not to let him take me anywhere if he showed up that night at our condo because I was afraid of him. I knew in my gut that he was going to show up and he did. He walked in and took me by the hand and literally drug me out of our condo and for the first time, I resisted by pulling away from him. He overpowered me and put me in his lap in his car and had a friend driving and one of my girlfriends was in the backseat, oblivious to what was about happen. His friend drove us to their hotel room and Jason told me to sit on the bed while he opened a beer for us. I took a few drinks of my beer and Jason started reaching for the drawer beside his bed and started opening a condom, I quickly and firmly told him “no!” and like in the past, he ignored me as if I wasn’t speaking..as if I didn’t have a voice. The room started spinning, I started getting very sleepy and tried to get up to leave but I couldn’t move. I don’t know how much time had passed but I woke up, under the covers and undressed from the waist down and I knew he had raped me. About the time I was waking up, his friend came through the door and Jason got out of bed and said, “take her back to her condo, I’m getting a shower”. I was so confused… I didn’t know what time it was, how long I had been asleep, WHY I fell asleep and I was so groggy that I just did what I was told to do. I learned many years later that Jason had given me a date rape drug.

(Whew! That was hard to write and relive! It has cause a visceral reaction in my gut and I’m shaking like a leaf!)

Being violated and treated this way sent me spiraling into the abyss of darkness, depression and not thinking I was good enough for anyone, ESPECIALLY a man who would truly love and respect me. I made decisions for most of my life based on this image I had of myself. I embraced the belief that my femininity was a curse, beauty is ugly and I can not stress this enough, but I hated myself!! The shame, guilt and fear that I embraced, drove me to land in a marriage that was very volatile, controlling and constant cheating. I remember on several occasions after being verbally or even physically attacked thinking, I don’t blame him…I hate me too!! In the middle of the chaos I started reaching for what was in the kitchen cabinets to soothe me, food! In retrospect, I realize I was also building a physical wall around me, to protect me from anyone hurting me again through rape or abuse. By the time I was 33, I weighed in at 258 pounds and was classified by doctors as morbidly obese. I somehow thought that if I was “skinny” that my life would be perfect because being “skinny” would somehow add value to me as a person. On January 31, 2003 I had gastric bypass surgery and in 10 months I was down to a very healthy weight, but nothing about my life had changed, except my dress size. When I settled into my new body, that’s when the proverbial shit hit the fan, but that is a whole other story for another blog post on a later day. Point being, I want you to see what lead my thoughts about myself to such a dark place and how not loving myself affected my life. Through lots of tears, courage and time, I have healed and learned to love myself and I know that I’m perfect being exactly who I am!

There are many people, men and women, that really struggle with wrapping their mind around knowing of or seeing a woman who embraces her beauty, sensuality, intelligence, intuition and living her life to her full potential. Women that DO dance to the beat of their own drum, find a lot of the time, incorrect assumptions are made about them. A perfect example of this is, several years ago, my husband and I were going out with friends about once a month. We would usually go to Raleigh and go dancing, listen to bands and have a lot of fun! Because of this, a male member of my family called me and he asked me if we were swingers!! Now, I have to admit that this was a HUGE set back for me because it put me back to feeling like I was lower than low. The good news is, through a few of my counseling sessions I got back on track and realized that what he thought of me was his issue and it said nothing about me.

You were created for a very real purpose and really great things are waiting for you! Honor where you are, whether it’s where you want to be or not. If it’s not where you want to be then you can make a shift starting right now! The first step is to start learning to love yourself and this can be very difficult on your own. If this is a direction you want and need to go, then seek out support. When you learn to love yourself, then you learn to accept healthy love from others and you learn to love others in a healthy way. You will be open and available for a love that runs deep, from your heart, from your soul. You will have the potential to find a love that you never knew was possible for yourself, for someone and from someone whether that is with your partner you have now or, if single, someone in your future. When you love and respect yourself, you will put healthier food into your body because you will KNOW that you only deserve the best and of course, by default, you will make loving decisions for your life.

So, are you with a nickel?? YES!! You are PRICELESS, to infinite and back!! Your creator doesn’t make JUNK! You, like me, are PERFECT being exactly who you are. Each creation on this planet is complete beauty and perfection, and that absolutely includes YOU!!

Through The Eyes Of Love,

IF YOU ARE IN AN ABUSIVE RELATIONSHIP, CONTACT THE NATIONAL ABUSE HOTLINE 1-800-799-SAFE

IF YOU HAVE BEEN SEXUALLY ABUSED AND/OR RAPED, CONTACT THE RAPE HOTLINE 1-800-656-HOPE

IF YOU ARE NOT MAKING LOVING DECISIONS FOR YOUR LIFE AND NEED SUPPORT LEARNING TO LOVE YOURSELF, CONTACT ME AT michelledancy.healthcoach@gmail.com FOR YOUR FREE CONSULTATION